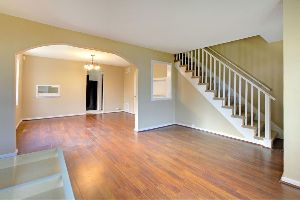 A plan to fill so called ‘ghost homes’ has been scrapped by the Government after it paid for a $500,000 trial and investigation by Wise Group.

Last year’s trial centred on eight empty Hamilton houses of which five were returned to the rental market and produced a plan for a national scheme. The scheme was deemed by the Government as too complex to work with owners of empty houses and the numbers of vacant houses are small.

Wise Group’s investigation into the number of ghost homes, why they were empty and how long they had been vacant threw up some interesting owner/landlord views.

The 2018 Census showed there were nearly 95,000 empty houses across the country -  an average rate of 5.1% of total housing supply.

However the data is misleading. Of the 39,795 properties in Auckland that were unoccupied on census night, 22,407 were because the residents were away, and 17,358 were empty. The number of empty homes amounted to 3.2% of total dwellings, compared to 5.2% for the rest of the country.

About 35%, the vast majority of the 17,130 empty Auckland homes, were used as holiday homes, 8% as second homes, 23% were vacant because they were undergoing renovation, 17% were empty rentals, some because they did not meet the Healthy

Homes Standards, while 6% were empty for “other reasons”, which could mean they were going to be sold. Most homes had been empty for less than six months.

Wise Group’s survey of 772 owners suggested 10% kept their properties empty intentionally. The majority had empty houses that were 30 years and older.

Most empty home owners are not willing to become landlords. During the survey one in five participants dropped out when asked this question. Wise Group says it was the biggest drop-off and 22.6% of participants did not answer the question or any following that.

Landlords who responded to the survey say the feel vilified and targeted by recent Government regulatory and tax changes.

They cited negative perceptions and attitudes towards landlords as a barrier to renting houses and say tenants and the general public are often unaware of the realities and, in recent times, the increasing costs of being a landlord.

One empty house owner says “more houses need to be built in order to address the supply/demand problem, but demonising landlords and discouraging property investment is not going to work.”

Another says “the government is creating an environment where it’s okay for people to abuse a landlord’s goodwill. I’m just an ordinary person who would happily rent out my house, but am completely without protection or incentive to do that now.”

A third says “will not be renting three properties out at the moment as current government is very unpredictable and unsure what further changes will be thrown at providers of rental properties next. Feel very insecure that we have lost control of our properties and do not want to risk moving anyone else in as it will be too difficult to move them out if a wrong tenant is selected that may ruin the house.”

Common reasons for not becoming a landlord related to protecting their investment and tenant matters.

The cost and ability to meet Healthy Homes standards appeared frequently in comments.

Empty home owners are also worried about the financial viability of being a landlord and want trustworthy and reliable tenants, which is hard to achieve they say because of range of unintended consequences related to changes in the Residential Tenancies Act.

Respondents also predicted there will be fewer homes available for long-term rental and more homes will sit empty, although the report noted higher costs and interest rates will probably create financial strain on some investors, incentivising them to put their properties up for rent.

Despite the Government’s unwillingness to go ahead with an empty homes plan, Wise Group says it will support other organisations though an Empty Homes Starter Kit, which was produced as part of the project and is freely available online.

It says the study was worthwhile because it led to a better understanding of the extent of, and reasons for, properties being kept vacant, and looked at ways to bring empty homes on to the market as affordable rentals.

The study also looked at countries using taxation as a disincentive to leave homes empty and a means to motivate owners of empty homes and under-utilised properties to put them onto the rental market, although it did not investigate rolling out similar policies in New Zealand. In Vancouver, for example, the tax rate based on the assessed value of the home that is not rented out for at least six months of the year is 3%. In the UK, councils may charge additional tax up to double the normal rate if the home has been empty for two years or more, although there are many exceptions.