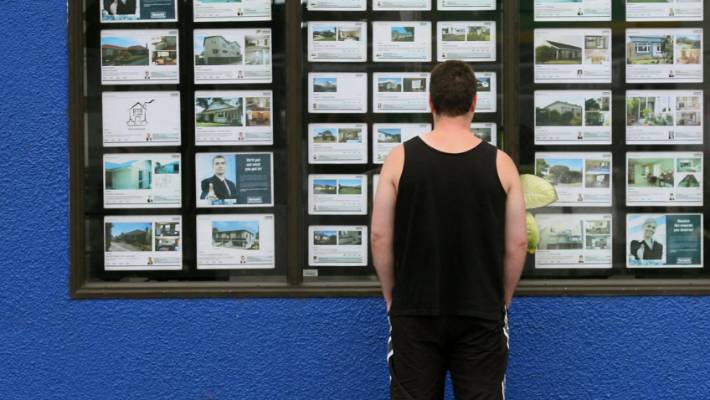 A capital gains tax, as proposed by the Tax Working Group, would probably lead to higher rents and lower house prices, economists say.

In its final report, the group said a capital gains tax should be applied to investment assets when gains were realised, at the investor's marginal tax rate.

The tax will only apply to gains made from the time the policy was introduced.

Westpac chief economist Dominick Stephens said the prospect of a capital gains tax would have a "strong" impact on house prices – "either a slower increase than otherwise, or a decrease. Lower-price houses are more likely to be affected than expensive houses, because that's the part of the market most exposed to investors."

He said it would make home ownership more affordable and would increase the number of people who owned their own homes.

"Property investors will find that their investments no longer stack up at today's prices, and will lower what they are offering at auction. This will likely lead to lower prices, and auctions will be won by aspiring owner occupiers more often. The proposed tax is also likely to lead to higher rents, to some extent."

But Peter Wilson, principal economist at NZIER, said, if owners of rental properties could pass on the tax to tenants through increased rents, the effect on house prices would be less severe.

"If they can't, then I would expect to see some landlords quitting the sector and seeking higher returns elsewhere. This would put downwards pressure on the parts of the housing market where rental properties are common.

"But remember, the background is a growing population and a growing economy. These background effects may have more influence on those prices than the tax changes."

Gareth Kiernan, chief forecaster at Infometrics, said a tax would mean investors had to create a larger proportion of their total returns from rental income. That could be achieved by a rise in rents or a fall in prices.

"Given that landlords are likely to try to maximise their rental returns by charging the highest rent they can while still tenanting the property, the initial response is likely to be a drop in prices, with fewer people likely to enter the market as investors.

"Over time, a reduced supply of property available to rent is likely to push rents up until the overall return from rental property is sufficiently attractive to draw more investors back into the market. Thus the final outcome is likely to be some combination of higher rents and lower property prices."

He said the impact would be moderated if, as the group has suggested, the tax is applied to other investment classes, not just residential property.